Recovering Damages for a Dog Bite: Do I Have a Case? 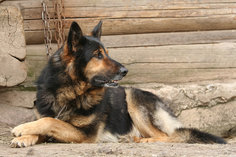 While dogs are fondly referred to as “man’s best friend”, not all are friendly and each year thousands of people across the United States are injured by dog bites. If you’ve suffered an injury as a result of a dog attack, you’ve probably wondered whether you should bring a lawsuit to collect damages. The success of your case likely depends on the following:

Each state has its own set of laws when it comes to dog owner liability. Some are very strict, holding the owner liable for all damages resulting from a bite or attack by the dog on another person, domestic animal or property. In others, you may only be able to bring suit if the owner knew or should have known that the dog was a danger or "had vicious propensities."

Location of the Attack

If you were attacked in a public place or on your own property, you may have a better chance of collecting damages than if you were on the owner’s property where they could reasonably argue that you were trespassing.

Was the Dog Provoked?

If the owner can prove that you provoked the dog prior to the attack, you may not be able to collect for damages. For instance, if you threatened the dog’s owner by yelling or engaging in a physical assault, or if you went to take a bone that the dog was carrying, you may not have a basis for your claim because the dog’s action could be expected as a way to protect the owner or his “property.”

As with any injury, it’s absolutely essential that you have evidence of the bodily harm. Were there witnesses who saw the attack? Did you file a police report? Take photos and keep a copy of the medical report? All of this evidence is necessary to prove liability and help to prove why you are entitled to receive compensation.

In many cases, a dog owner’s homeowners insurance will cover some or all of the damages. In instances where insurance isn’t available and the dog’s owner does not have the means to pay for the damages, there may be a third party such as the landlord who allowed a dangerous animal to reside on their property who can be held liable. A qualified personal injury attorney can help you better understand local statutes, your rights as an injured party and protect your best interests to make sure you receive just compensation for your injury and suffering.