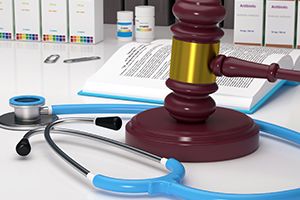 Daryoush Mazarei: Unfortunately, it is not unheard of for a surgeon to leave a piece of equipment inside of a patient after an operation has been completed. Even though there are procedures in place to prevent this, doctors are human, and mistakes happen on a regular basis. What makes the case of Daryoush Mazarei so notable is that after the surgery, when Mr. Mazarei returned to the hospital complaining of intense pain and attempting to show the health care professionals the end of the 10 inch retractor that was protruding from his ribs where his surgeon had left it, he was told that his pain was in his head and referred him to a psychiatrist. Eventually the retractor was removed. Mr. Mazarei’s case was settled out of court and the hospital apologized.

Dr. Farid Fata: Dr. Fata is currently serving a 45-year sentence in prison after improperly diagnosing more than 550 patients for profit. He prescribed extensive rounds of radiation and chemotherapy to patients who did not need it and treated terminal cancers aggressively instead of letting his victims die peacefully in order to rake in more than $17 million from fraudulent bills. Although Dr. Fata’s fate has been decided, his victims and their heirs are still engaged in a court battle to determine if they will be compensated for Fata’s egregious conduct.

Jesica Santillan: It is especially tragic when a young person’s life is cut short by a terminal illness. Jesica Santillan’s parents moved to North Carolina from Mexico when they discovered that Mexican doctors could not properly treat their daughter's heart and lung disorder. A local builder heard their story and started a charity to raise money for Jesica's transplant. Just as the family was filled with hope, a careless mistake was made. No one at the hospital checked to make sure the donated organs matched Jesica’s blood type before the surgery, and as a result, her body rejected the transplant, shutting her system down and causing her death two weeks later. Santillan’s family settled out of court with the hospital for an undisclosed amount, but they will never get their daughter back.

Bryan Mejia: Bryan Mejia was born with one leg and no arms because West Palm Beach doctors failed to properly read ultrasounds that would have disclosed his deformity. His parents were awarded $4.5 million by a jury as a result.