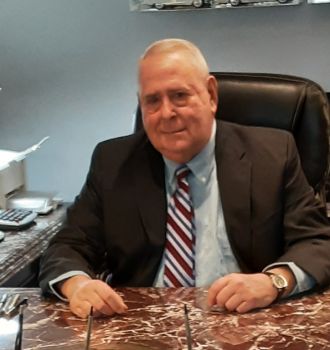 Larry Gordon, an attorney practicing throughout Long Island and the five boroughs for four (4) decades is a highly acclaimed and respected legal practitioner.

Larry has gained the respect of his colleagues, clients and those in the court system alike. He frequently lectures and mentors other attorneys as a distinguished continuing legal education (CLE) panelist in subject areas such as trial practice, evidence and discovery; he is the recipient of the Court Officers Benevolent Association Jurisperitus, Man of the Year Award, bestowed upon him for his dedicated services to the Nassau County Bar and Nassau County Court Employees; but most importantly he provides comprehensive creative quality hands-on representation to his clients, many of whom simply refer to him as “Uncle Larry.”

"To excel in one area of law, you must be well-versed in many others."

Recently Larry has been selected by American Lawyer Media & Martindale-Hubbell as a “2013 TopRated Lawyer in Trusts & Estates” & has achieved the AV Preeminent peer review rating, the “highest rating in legal ability & ethical standards”.

In 2014, Larry was recognized by Newsday Long Island, the New York Law Journal, and The Wall Street Journal as one of Long Island's top-rated lawyers of 2014.