My Neighbor Told Everyone I’m a Drug Dealer…Can I Sue for Defamation? 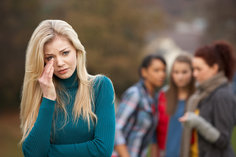 Assuming you are, in fact, not a drug dealer, you may be able to successfully bring a civil lawsuit for defamation. Defamatory statements are those untruths which harm your reputation. While defaming another person is not a crime, it is a civil tort and the victim can seek redress in the courts for damages incurred.

First and foremost, the statement must be false. If you happen to occasionally dabble in the drug trade, such an accusation against you would be true and, therefore, would defeat your claim for damages. A truthful statement, no matter how harmful to your reputation, is not considered damaging in the civil liability sense. Similarly, opinions are not considered defamatory because it is impossible to present evidence that objectively proves that the statement is false.

Because the primary purpose behind defamation law is to compensate a victim for damage to his or her reputation, in order to prevail in a defamation lawsuit you must be able to prove that you were injured by the defamatory statement. Damages may include being shunned by business associates or neighbors, lost income opportunities, or even being hounded by the media. Some types of false statements are considered defamation “per se” and do not require the victim to prove injury, including allegations that you have committed a crime, have a sexually transmitted disease, are guilty of sexual misconduct, or are professionally incompetent. Accordingly, an untrue statement that you are dealing drugs – an allegation that you are engaged in criminal activity – would fall under defamation “per se,” easing your burden of proof.