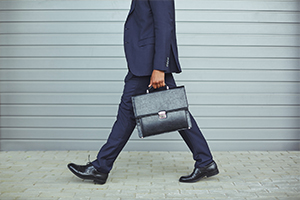 The first question an attorney must ask when filing a lawsuit is who is responsible for the damages to his or her client. A lawyer must figure out who to name as a party in the lawsuit. This is incredibly important, because, if the wrong parties are named, the victim may be left with no way to recover for the injuries suffered. This would be a travesty of justice and is unacceptable.

It is prudent to name every party that might be responsible when filing a lawsuit. Only an attorney can make the determination as to who might be liable for an individual’s personal injuries. It is particularly important to make sure that the parties who are named are capable of contributing to the damages, either through wealth or insurance. For example, if a person who does not normally drive and has no insurance is borrowing a friend’s car, and causes a car accident, that person is likely to be unable to pay for the damage he or she caused. Similarly, if a person makes a mistake while working and causes personal injury, that individual may be the one who caused the injury, but the individual is not the only one who can be held accountable for the pain and suffering.

The legal doctrine of Respondeat Superior is Latin for “let the master answer.” It places vicarious liability on any third party that had the right, ability, or duty to control the individual who caused a personal injury. Respondeat Superior is one of the oldest traditions in the practice of law. It predates our Constitution and goes back to English Common Law. Without it, corporations and municipalities would have little reason to enforce standards of care among their employees. Employers would avoid liability for their employee’s negligence, but injured people would have no way to collect money damages for their pain and suffering. Respondeat Superior is an integral part of American jurisprudence. The most common uses of this doctrine are to hold employers liable for the actions or omissions of their employees, to hold owners of property liable for the negligence of those allowed to use that property, and to hold parents liable for their unsupervised children.