What Is Tort Reform and What Are Some of The Criticisms of It? 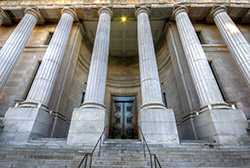 Tort reform is the name commonly given to a proposed solution to the rising healthcare costs in America. Some people believe that medical malpractice lawsuits are the main reason why the United States has such high healthcare costs. The argument is that because doctors are afraid of being sued, they have to conduct more tests than is reasonable. Essentially, doctors complain that they are forced to be too thorough. Also, it is believed that hospital bills are high because malpractice insurance premiums are high. Therefore, by limiting the maximum amount that a Plaintiff could win in a lawsuit, malpractice insurance costs would be reduced, doctors would be free to practice as they see fit and prescribe fewer tests, and the savings would be passed on to the patients.

This line of thought is not without criticism. While doctors and insurance companies would surely benefit greatly from putting a cap on the amount of money damages awarded in medical malpractice awards, there is no cap on the amount of damage a doctor might do by making a mistake. In the case of Colin Gourley, an OBGYN’s negligent prenatal care of Colin’s mother led to the boy being born with severe birth defects including physical, cognitive, and behavioral problems. He was quickly diagnosed with cerebral palsy. He will require round the clock care for his entire life. A jury found that the hospital and the doctor should be responsible for these costs, and awarded the family $5,625,000.00 to cover the damages. However, because of a law capping damages in such a case, their award was limited to $1.25 million, leaving a middle-income family with a bill of $4,000,000.00 that they had no means of paying. This is only one case of many which demonstrates the real cost of putting a cap on damages.

The consequences of tort reform affect those who suffer the most as a result of medical mistakes. Also, the amount of the cap is arbitrary and inherently unfair to those who were mistreated by the medical professionals in the first place. The proponents of tort reform might better serve society by putting their efforts into lowering healthcare costs by coming up with a way to reduce medical error and inefficiencies.